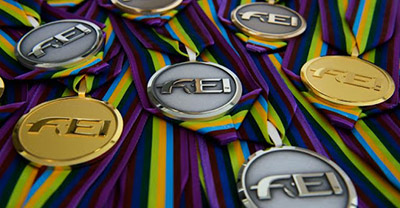 We have had a facelift! French Exchange Horses has now become “Elite Sporthorse Acquisitions”.

As the business has evolved, it was a good time to put together the new website, “Elite Sporthorse Acquisitions” or ESA Horses on Facebook. After procrastinating about doing it for some years, with the help of Manners Media I’ve finally bitten the bullet and got the job done!

With this year’s FEI Olympic Games being held in Tokyo, the rush was on to get horses bought before the end of 2019 for their prospective nations. This was a really busy time for me, placing two top horses with their new riders.

Creevagh Cooley, previously ridden by Michael Jung, has moved to Andrew Hoy, who is aiming for his 8th Olympic Games. Andrew now has two top horses that I have found for his supportive owners David and Paula Evans. With Vassily De Lassos and Creevagh Cooley knocking on the door for Olympic selection, could Andrew be decorated with yet another gold medal? Watch this space…..

Quarrycrest Echo, a former team gold medalist with Piggy French, is hoping to fly the Japanese flag with Toshiyuki Tanaka. I had a keen interest in Quarrycrest Echo as he was actually a horse that I had bought for Piggy to ride back in 2015, before he was quickly sold to Jayne McGivern for Piggy to produce on up the levels. The Japanese are heading to Tokyo with some serious horsepower in the hope that they will be the ones bring home the “Gold”.

With the evening season just around the corner, I’m looking forward to seeing lots of new horses out and about.

Wishing everyone a safe, fun and happy 2020 season.